The speed with which a golfer can swing their clubs is important to determine how far they can hit a ball. A higher speed is normally easier to achieve for tall and physically strong players; however, speed is not the only criteria for the best shots.

An optimally balanced shot, correct posture, use of shoulder and core strength, and the right choice of club and ball, are all factors which impact the quality of your shot. The type of golf ball is also a big factor and it should be chosen according to your swing speed. This is because of the relationship between golf ball compression and swing speed, the subject of a previous article.

How to Measure Your Swing Speed 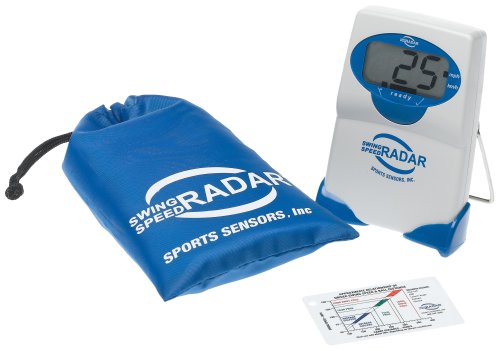 The swing speed is an essential element for successful shots, especially the drive shot. Professionals usually know their swing speed as they have special machines to measure it. If you play at a club, you should request access to one of these machines if they have one. Alternatively, there are some great golf swing apps out there that will tell you your swing speed as well as other swing data analytics.

If you don’t have access to a machine or app, there is still another way to measure the speed.

The most traditional approach is to measure the distance your golf ball travels when you hit it with a driver. Generally, a golf ball travels approximately 2.3 yards for every mile per hour of club swing speed. Thus, measuring the yardage and dividing it by a factor of 2.3 would give you the swing speed.

For example, if you hit the ball  210 yards, your swing speed is approximately 91 miles per hour

Make sure that you measure the distance up to the point where the ball hits the ground and not the rolling distance. This can be best done by having a friend on the other side of the course to pinpoint the landing point of the ball. Doing this only once wouldn’t give you the most accurate measurement, so it is recommended that you measure the distance at least 10 times and calculate the average. Speeds of 100 miles per hour or more are considered high swing speeds. This is a big advantage for any golf player and instead of buying balls which enhance speed, fast swingers can focus more on simply landing the ball safely on the fairway.

If you are a player with a high swing speed, the best golf balls for a 100-mph swing speed are crafted for high accuracy over long distances. Though they are more expensive than regular balls, they might be worth it to push your ability further and improve your game.

Such balls usually have a minimum of three layers and a big core with dimples placed strategically to make the best possible aerodynamic shape. As these balls react differently to different clubs and because your swing speed will also vary from club to club, it is best to try out different club-to-ball combinations before choosing a ball for the longer term.

High swing speed players prefer balls with high compression. Low compression balls can feel top-soft with high swing velocities which give an odd sensation during the strike. To avoid this, two of the best golf balls for 100-mph swing speeds and above are the Titleist Pro V1 and the V1x. The only difference between these balls is the slight difference in compression which you can test a few times before choosing which one you wish to use. 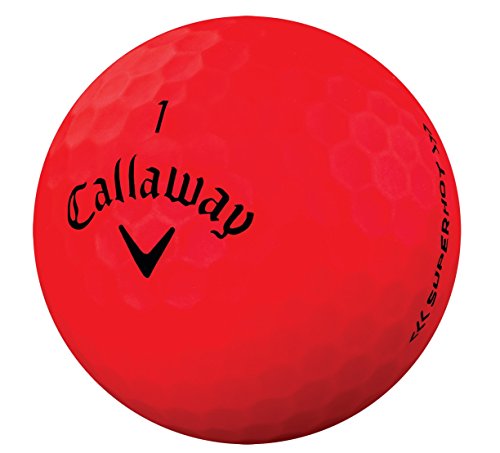 Medium swing speeds are the most commonly found club speeds among regular golfers. They are speeds between 90 and 100 miles per hour. Just as high speeds are best suited for high compression balls, medium compression balls work well with average swing speeds. The only important factor left to decide is the type of cover you want.

A urethane cover on a golf ball can give you much more spin while being quite soft to hit. This is preferred when you are playing the greens as it holds onto the greens more easily. For this reason, urethane covers are commonly used on tour golf balls. It also feels much softer than other materials on the club face and grips onto the grooves, offering higher spin.

On the other hand, Surlyn is another popular material used to make the cover of medium compression golf balls. It is more commonly found on two-piece golf balls than urethane and is also less expensive. Surlyn is highly durable but produces less spin than urethane covered balls. It runs more on drives and also needs more space to roll while chipping onto greens.

From these two options, you can easily find your best golf ball for a 90- to 95-mph swing speed by considering the durability, price, feel on the club face, and your preferred spin amount. The TaylorMade Project (a) and Callaway SuperHot 70 are the best medium compression golf balls available which are tour quality. Anything below 90 miles per hour can be considered a slow swing speed. This will cause the ball’s travelling distance to be less than when a player with a faster swing speed hits the same ball. This makes it difficult to traverse the space between the tee and the hole, especially on longer par 5 holes. For this reason, if you have a slow swing speed, it is even more crucial to choose the best golf ball for an 85-mph swing speed or less.

These balls are designed in 2 pieces which makes the ball go longer distances with lower spins. As these balls have low compressions, they also tend to last longer than high-speed golf balls.

© Precision Golf Swing, 2018-2020. Unauthorized use and/or duplication of this material without express and written permission from this site’s author and/or owner is strictly prohibited. Excerpts and links may be used, provided that full and clear credit is given to Precision Golf Swing with appropriate and specific direction to the original content.